In the heart of the village of Montépilloy, some impressive remains rise up from the landscape. Bordered by a grassy square, adorned with a fine cattle pond, the château invites you to enjoy a visit full of discoveries.

Built around 1150 by Gui IV Le Bouteiller de Senlis, the château dominates the Comté de Senlis with its formidable keep. Certainly the highest in the royal domain at the time of its construction, it remains visible for 25 km in all directions.

A gallery of illustrious figures

Great historical figures have given life to this fortified castle since the 12th century: the Bouteiller de Senlis family, Charles VII, Joan of Arc and the Montmorency family.

The many owners of the château and the seigneury, all with close ties to the royal families, suffered a variety of hazards. The château was confiscated from and then returned to them in the wake of disgrace, differences between large families and sometimes unhappy alliances. During the Hundred Years War, it fell into the hands of the ‘English’ garrison of Creil. In August 1429, Joan of Arc and Charles VII faced the English at the foot of the castle, but the battle never ensued.

Joan of Arc spent a night at Montépilloy before setting out again to face her fate.

The château and its keep were more or less abandoned for many years, a part of the estate occupied only by farmers. It was put up for sale during the Revolution as a bien national, in aid of Citizen Desprez, a notary in Senlis. His son, a notary in Paris, sold Montépilloy to a farmer, whose family remained in ownership until 2010. 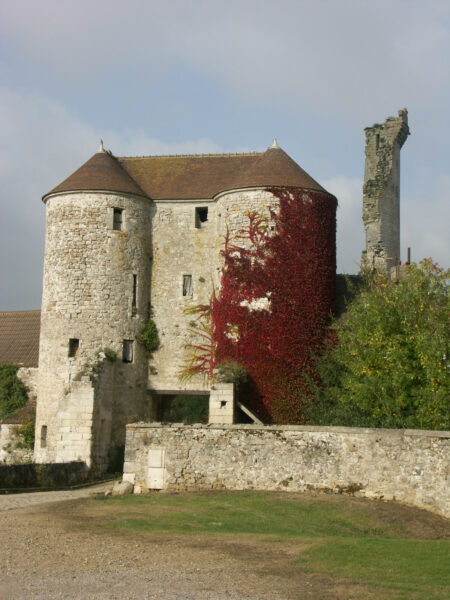 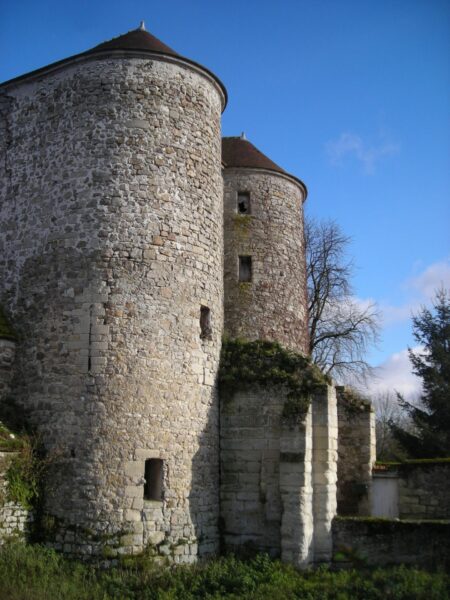 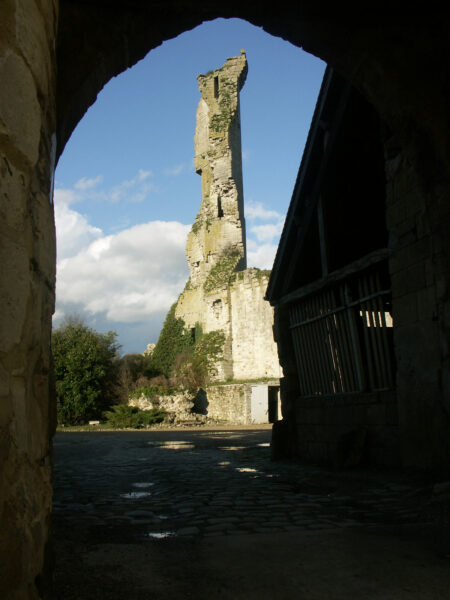 The moats, the enceinte, the gatehouse (12th, 13th and 14th century), under which the outer bailey is accessed, a curtain wall (16th century) and the keep are still well preserved. These remains are listed as a Monument Historique.

Several phases of archaeological excavations have helped unravel some of the mysteries surrounding the castle. And archaeologists continue to make new discoveries.

Today, this is a private site that can be visited, providing an opportunity to discover the surveys being carried out here.

To complete your visit

Discover a walk by clicking on this link or download the app ‘rando Parc Oise’ to be geolocated.