If you’re looking for a peaceful place to recharge your batteries, Parc Jean-Jacques Rousseau is just the place for you! At the heart of the picturesque village of Ermenonville, this vast space, with its ponds, meadows and groves, invites you to enjoy some beautiful walks. Another original feature of this immense landscaped area is the presence of its follies – small buildings designed to ‘feed’ the minds of visitors. It is named after the philosopher Jean-Jacques Rousseau, who stayed here for the last six weeks of his life. Rousseau died in 1778 and was buried on the Île des Peupliers. The park then became a place of literary pilgrimage.

A new concept in landscape design

The Marquis René-Louis de Girardin, who came from a noble family, had a taste for Jean-Jacques Rousseau’s ideas. When his military career allowed him time, he travelled through Germany, Italy and especially England, where he discovered the new fashion in gardens.

When he retired, and as soon as he had the means, he decided to create a garden on his Ermenonville estate.

From 1766 to 1776, the Marquis employed 200 English workers. The valley floors were nothing but swamps and wasteland, and the draining of the marshes and the structural work took ten years.

Girardin designed and arranged the whole of his estate as a multitude of viewpoints or scenes. He wanted to reproduce the picturesque effect found in the paintings of Poussin and Claude Lorrain. As in the works of these masters, temples, grottos and huts form an integral part of the landscape. 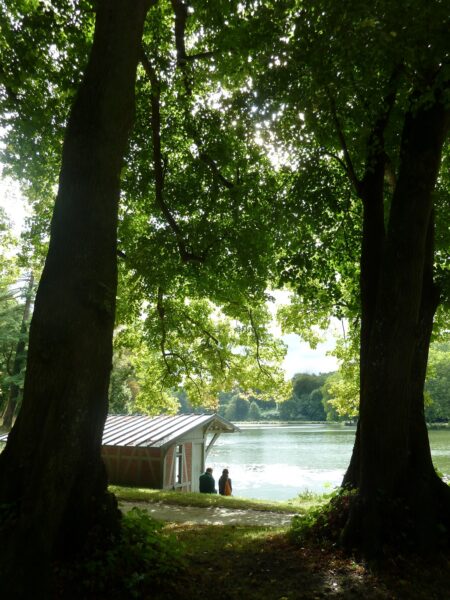 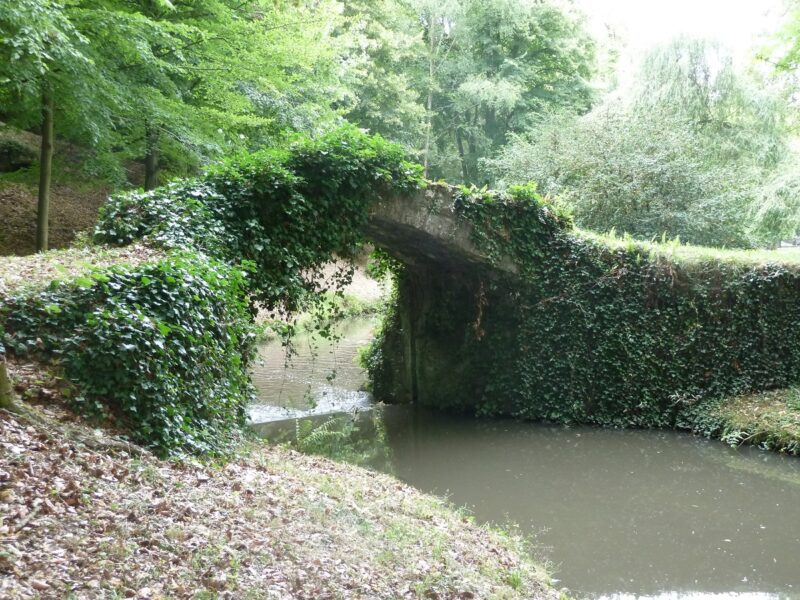 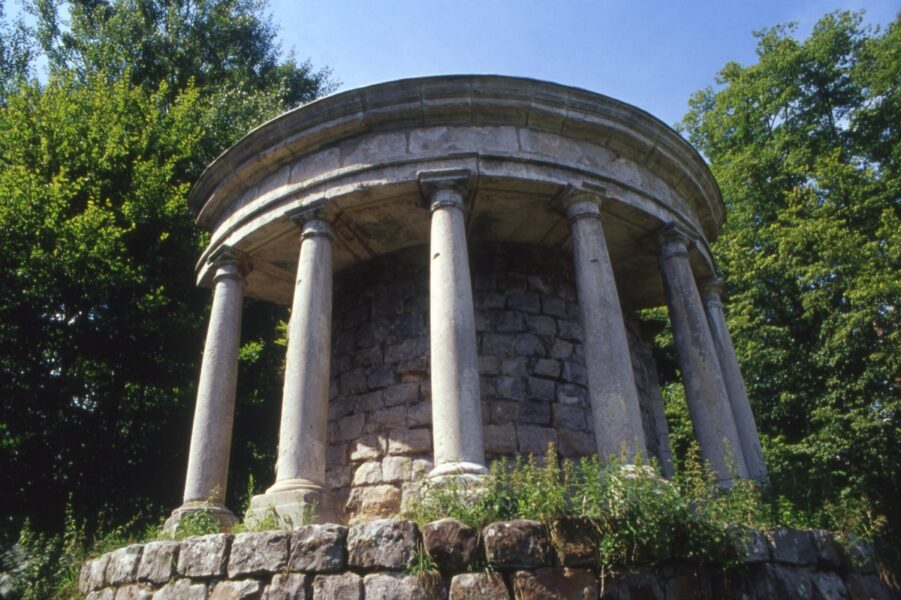 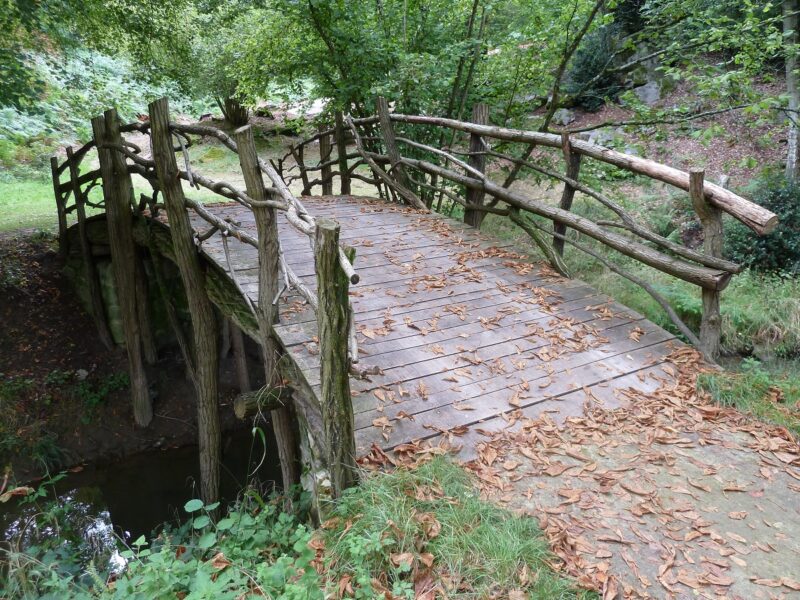 Hubert Robert, famous for his paintings of ruins, participated in the design of the park, creating, among other things, the Tomb and the Temple of Philosophy.

This new English-style park radically broke with the symmetry of the French formal garden and favoured curves over straight lines.

It was about applying the principles of painting and poetry to garden design. According to the Marquis de Girardin, the walker should experience the garden on three levels: the eyes should absorb the picturesque, the mind should appreciate the poetry of the place, and the soul should feel its romanticism.

A walk in the park should enhance one’s knowledge of oneself and the world. The poems by Petrarch, Virgil and, of course, Rousseau that are engraved on the ‘ruins’ encourage the walker to think.

After Jean-Jacques Rousseau’s death, many important European literary and political figures came to meditate in the Park. Romantic artists, including Gérard de Nerval, Chateaubriand and Georges Sand, and 20th-century artists such as Apollinaire came to pay homage to him here.

They discovered the utopia of an ideal world where people live in full harmony with nature.

To complete your visit :

Click on this link to discover an idea for a walk, or download the app ‘rando Parc Oise’ to be geolocated.